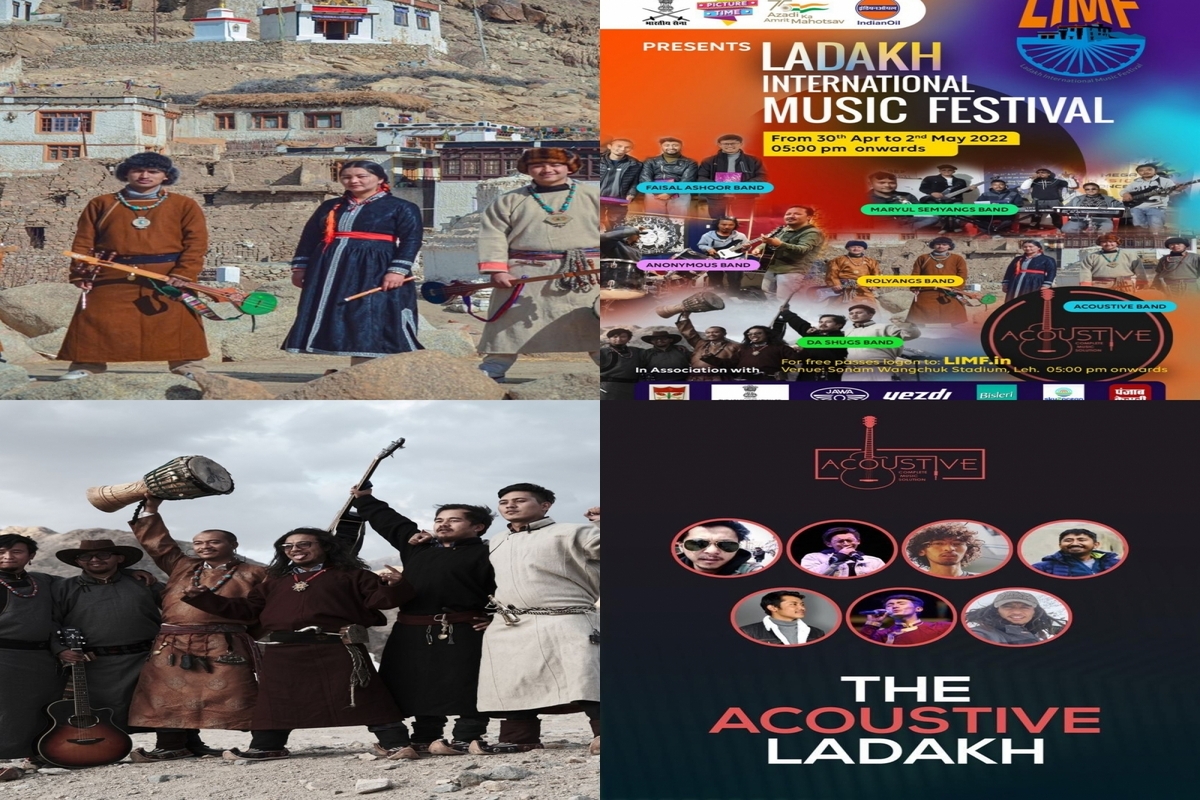 Ladakh is not only known for its scenic beauty but also for its rich heritage and culture. The Ladakh International Music Festival brings together national and international rock bands and local talent.

One of the highlights of the festival is that local music groups from Ladakh get the platform to showcase their art. About six groups including Dashugs Group, Rolyangs Group and Faisal Ashoor, Anonymous, Acoustive and Maryul Semyangs participate in the festival.

These groups will share the stage with renowned national and international music groups like Indian Ocean, Parashara, Tetseo Sisters, Joi Barua and Band, and DJ Anna and Ali Burns.

One of the main local bands in Ladakh is Faisal Ashoor, named after its bandleader. Faisal Ashoor, the conductor, says it is a great opportunity for them to be part of such a big and important event taking place in Ladakh.

“As a Ladakhi band, we are truly lucky and honored to be part of such a big event for the first time in Ladakh. We have been performing locally and externally for years, but sharing this stage with such great bands in itself is a great thing for us. Also, our band and other bands try to focus and promote our cultural richness in music and art, which is like icing on the cake. Such confluence of the diversity of music will certainly bring our people together. It is also a celebration of our nation’s greatness in art, culture and music,” he said.

It is organized in collaboration between the Indian Army and Picturetime, an inflatable theater company, with the support of Sky2Ocean, an event planning company run by Indian Army veterans.

On the other hand, Tashi Gyalson, Chief Executive Advisor, LAHDC (Ladakh Autonomous Hill Development Council, Leh) who has consistently supported local talent in Ladakh shares, “This is an incredible opportunity for all our local artists. Performing on the same stage as big name bands such as Indian Ocean will totally lift their spirits. We hope that a historic festival like this will continue for a very long time and grow bigger and bigger in the times to come.

He points out that Ladakh has a very distinct culture, folk songs and music, and has a history dating back over a thousand years.

He adds, “Our rich Ladakhi heritage is very important to us and we would never want it to be lost, we must protect it, at the same time we must simultaneously grow with the changing times, keeping our rich culture intact c t is thus moving forward and we are actively working to protect our culture while evolving with the times.

The Ladakh International Music Festival (April 30-May 2) will host a competition between local Ladakhi rock bands to be held at Sonam Wangchuk Stadium in Leh.

The Festival ends at Rezang La, one of the tallest war memorials in the world, where Indian composer Joi Barua and his orchestra will pay homage to the martyrs of Galwan.

Bommai will host a dinner for Amit Shah on May 3, discussions on crucial issues are expected