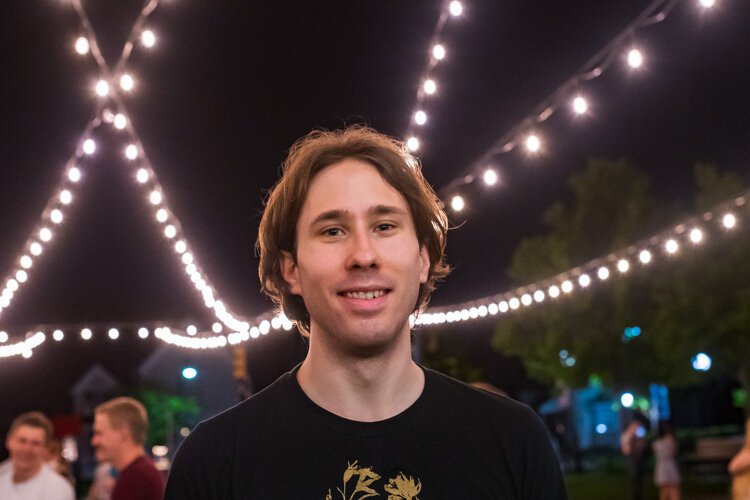 Chances are fans in downtown Farmington already know Alexander Steward. Maybe you saw him working at the Farmington Farmers & Artisans Market, which he’s been doing since 2015. Or maybe you know Swing Farmington, the swing dance group Steward have been hosting and DJing since 2010 – well that on hiatus since the arrival of COVID-19, Steward hopes to revive the long-running event soon. Venturing further afield, Steward also runs Ann Arbor’s Westside Farmers’ Market, which has become known as much for its vendors as for the musicians Steward delivers to each week.

All this to say that Alexander Steward is a man of many hats. His latest donning cap brings him back to downtown Farmington as the new organizer of Lunch Beats at Riley Park, a weekly concert series that begins at noon every Wednesday throughout the summer. Kyle Chase kicks off on Wednesday, June 8 and Bob Skon closes on Wednesday, August 24. The family-friendly event features free live music, food vendors and appearances from local businesses.

Steward has been tasked with bringing exciting new energy to the concert series and has extensive experience – and connections – to do so. And given his enthusiasm for supporting the region’s rich music scene, it should come as no surprise that he does.

We spoke with Alexander Steward late last month to get an idea of ​​the shape of things to come.

Metromode: Let’s start at the top. What is the Lunch Beats concert series?

Alexander Stewart: Really, the idea is that people can come bring their lunch, come and listen to some live music in the middle of their week, and just take a break from whatever is going on. It’s about being able to enjoy the great outdoors and hear great local artists play for them for an hour. It definitely has more of a cafe vibe, in the sense that it’s a bit more low key. But it’s great fun, just a bit of a break from the rest of your day. Music brings joy to many people.

Metromode: What have you planned this year?

Alexander: We are going to bring in different musicians, bringing different styles. And we’ll bring in a bit of familiarity with some of the folks who played Farmington Farmers Market, very popular musicians I’ve seen over the years. But we will also bring some freshness to it by trying to have different styles, different people playing different songs; some play more original songs, some will play covers. You will get a lot of different things with Lunch Beats. We’re also trying to reach more people and connect with more people, bringing in younger musicians and also people who have more experience in the scene. 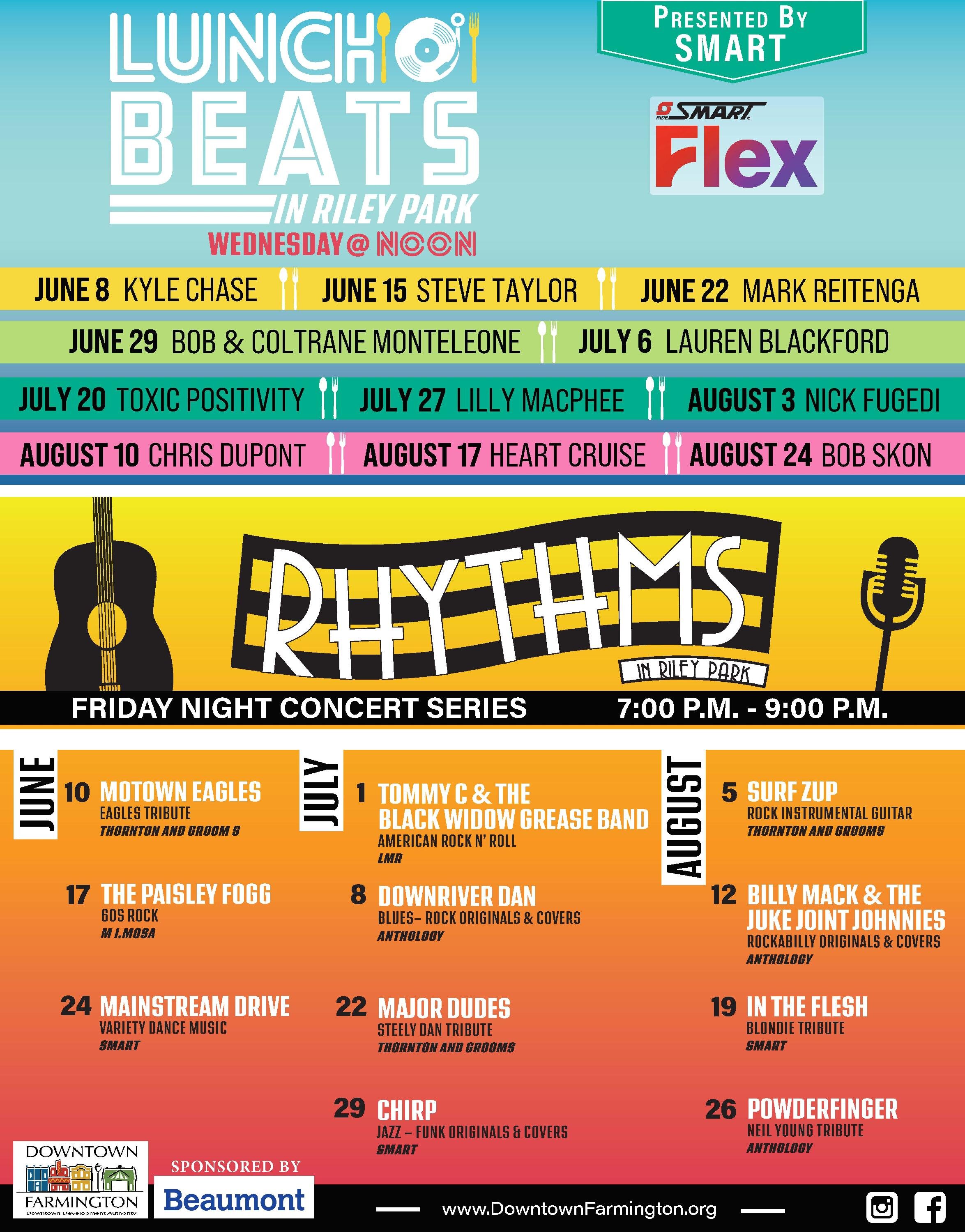 Metromode: Tell us about this year’s lineup. What have you planned?

Alexander: Chris DuPont is one of those that really excites me. It was a really big and exciting thing for me because Chris headlined The Ark in Ann Arbor. He’s played and he’s pretty well known, he’s been on the radio with 107.1 FM and I know WDET has mentioned him on Culture Shift before. And I really, really appreciate Chris’ music. I’ve seen him play a lot over the years so I’m really excited to bring him over; he’s kind of a household name in the area and he’s traveled and toured the Midwest. Lilly MacPhee is another person I know who travels and has toured and different things. Heart Cruise is a cruise that many people will really enjoy. They have a bit more of a rock and roll side to them, they’re a lot of fun.

All musicians just bring something different to the table. I mean, that’s one of the things that I really like about our line-up is that they all have their own things to do. Great original songs, great covers, and they all seem to get the audience. Supporting musicians looking for places to play is part of my joy. When you meet great musicians, they are happy when other people appreciate what they do, they are happy to have the opportunity to be exposed to different parts of the city. And that could open more doors and more opportunities to play even more, whether it’s in a restaurant or a cafe, or a concert series, or a private event or something like that. There are a lot of great styles and different perspectives and different types of musicians.

Metromode: What makes a series of concerts like Lunch Beats a success?

Alexander: It’s a good question. I think that above all, you have to have good music. I think if you don’t have a good musician or a good band playing, the rest of the experience won’t be as enjoyable. I also think with an outdoor musical show, it’s about having the right setting for it. The Walter Sundquist Pavilion in Riley Park — I’ve done a lot of events there running Swing Farmington and working with the Farmers Market and it’s an amazing venue. I think it’s very underrated. I think a lot of other communities don’t realize how amazing our lodge is compared to a lot of other places. So it’s about having a great venue, having great musicians, and then it’s the people who are delighted to listen to live music. This is another thing. People there are having fun. That’s what matters most: people can connect with each other through music and just be able to have a break from whatever’s going on today, whether it’s an evening concert or a concert at lunchtime. It’s about being able to have that connection and that community and sharing that love of music together.

*This interview has been edited for length and clarity.