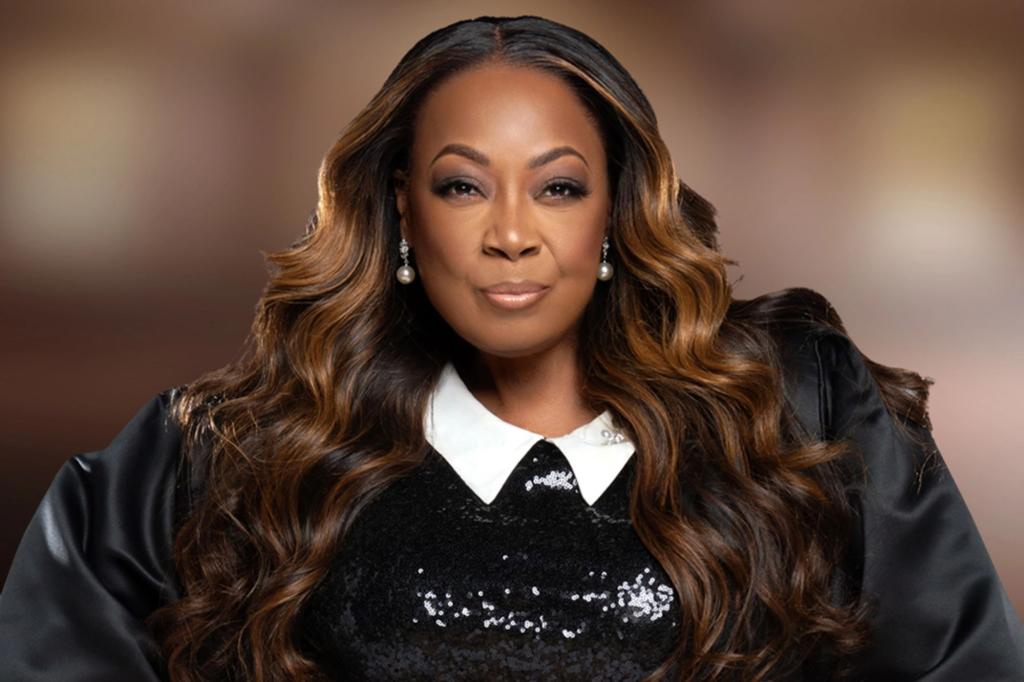 Veteran television personality Star Jones moved behind the bench to chair “Divorce Court” which kicks off its new season Aug. 22 (2-3 p.m. weekdays on WWOR/Ch.9) from its Atlanta studio with virtual audiences via Zoom, Skype, and more.

Jones, 60, is the fourth judge in this iteration of the 65-year-old syndicated staple, after Judge Mablean Ephraim, Judge Lynn Toler and Judge Faith Jenkins.

Jones, the former New York homicide prosecutor, business executive, author – and, of course, original co-host of “View” (1997-2006) – spoke to The Post about his new television job.

Did you have to take private lessons to prepare for the “Divorce Court”?

Remember I was the first black person to have their own backyard show [“Jones & Jury,” which aired on CNN from 1994-95] so I had the background. I didn’t take any special courses for “Divorce Court”; however, I have done a series of arbitration and mediation clinics because I enjoy getting my legal education and the law, what people are talking about and how to approach different situations.

Looking to get back on TV?

I was not. I had worked so hard for the past few years in business and politics and was doing political fundraising. I was in my car on the way to the airport to fly to Italy to speak at the Women’s Forum for Economy and Society…when I got the phone call that this was a possibility . I thought, “If they think I can follow in the footsteps of amazing women like Judge Mablean Ephraim, Judge Lynn Toler, and Judge Faith Jenkins, I’ll give it a try. I was incredibly honoured.

How did it go with your “studio audience” watching virtually?

They really become my home jury. I think I feed off of the audience – I’m so used to live TV, and I really treat it like it’s live, even though we’re recording. The audience gives me tremendous energy and throughout the season you really see me refer to them. [to the litigants] as “A jury made up of your peers”. You can see their immediate reactions and how they feel about the case – which side they believe on, etc. – and I really use them as an extension of the bench. It’s something new that I bring to the table, and I wanted to make it my own.

What happens in the preparation of each case?

You know me, I prepare like crazy, I think to the chagrin of my producers. I prepare like it’s Star going to court for real. We usually record between seven and nine episodes a day, so it’s extremely fast, but I prepare for all cases the day before shooting. I go through every fact pattern, what aspect of the law is going to apply, if there are any resources I want to bring in, like if there’s an addiction issue and I want to direct a litigant to a rehab center. I’m working with producers to see if we can offer any help so families can stay together…if there’s an expert I want to bring in to give me some insight into a particular area, I make those suggestions. I treat each case as my real cases. If there was one thing I wanted to bring to the show it was my own empathy so people don’t think they’re hanging out there with their butts in the wind and they’re the only ones going through this kind of drama and/or trauma.

Are your decisions binding?

Think of it more like arbitration or mediation. There are really three ways to get into “Divorce Court”: you can be a married couple with serious problems and you have to decide whether or not you want a divorce; you may be engaged for a long time and for some reason your partner…won’t set a wedding date…so you really took that to “divorce court” if you’re considering making a decision or overruling it; and if you’ve been in a long-term relationship and maybe even have kids together and it never went to the next level. I have to determine whether or not you stay or go on with your life.

Is there a comment element that you have seen in your cases?

I’ve found that the one thing every couple has in common is that part of it just wants to be heard. They want someone to make their partner shut up and listen, at least for five minutes, to whatever is on their hearts or minds. They want to make sure someone will hear their story. And it’s universal. The vast majority of litigants I’ve seen this season were relationships that were formed during the pandemic — it either brought them together, made them dependent on each other, or drove them apart. You really see it coming out of the pandemic – what you were doing during that time, you’re not doing anymore, so if you have, as I like to say, a “strip club nature”, you’re back in the clubs and the partner you’re with isn’t really happy about it. I’ve also seen a lot of people now using social media as a sword against their partner – something you don’t see on many court shows. I had to learn a whole new language.