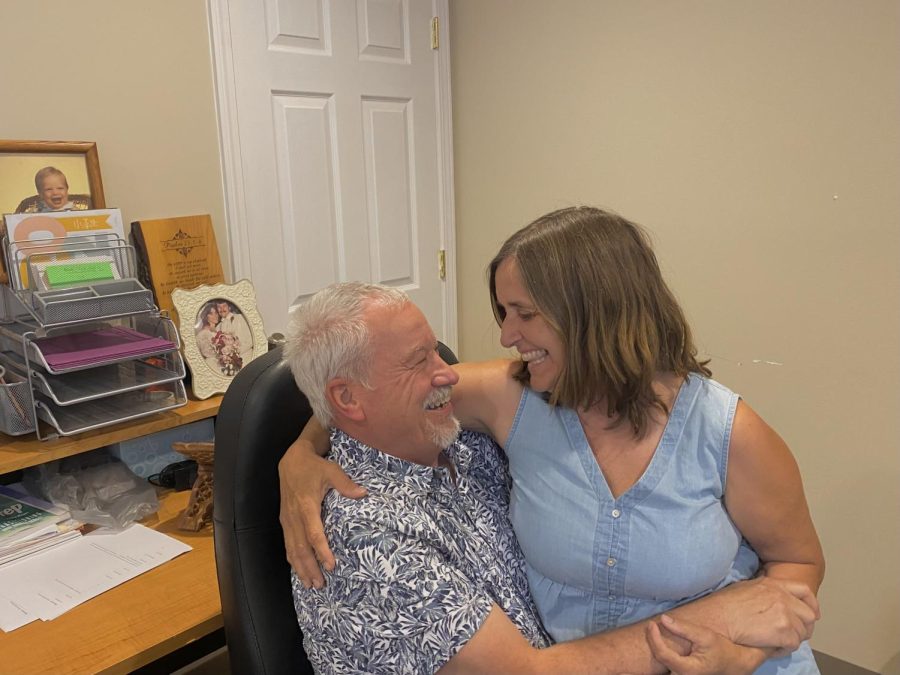 At The Ridge in Marshall, North Carolina, the Blue Ridge Mountains surround the venue as Marta Santamaria leads a watertight vessel.

For 35 years, she has dedicated her life to the wedding industry. Santamaria has founded and owns two wedding venues: The Ridge and The Venue.

“My job is to make sure the facilities are running properly and up to par so the general managers can operate accordingly,” Santamaria said.

The venue finds itself immersed in the hustle and bustle of downtown Asheville. Here you will find where rehearsal dinners and wedding receptions take place.

“It’s like an octopus. My hands are in all aspects of the business. But I love it, I wouldn’t have it any other way,” Santamaria said.

Over the years, the wedding industry has changed. Things that were once important don’t seem so important now, Santamaria said.

“People are more concerned with quality than quantity,” she said.

Normal wedding etiquette was to invite everyone you know and have the biggest party possible, Santamaria said.

“I think now brides are more concerned with making it more meaningful. They focus more on the special parts of the event and how to make it very memorable,” she said.

Today the world can look like a very scary place. Since the pandemic, life has changed dramatically and people are more aware than ever that things can change in the blink of an eye.

“People panicked because they don’t know what’s going to happen. Brides want to get married as soon as possible, before things change again overnight,” Santamaria said.

The state of the world and that people’s mindset may have contributed to the surge in weddings this year, the highest since 1984, according to Wedding Report.

Interestingly enough, the number of marriages expected this year is only 0.93% higher than in 1984. Although the time between those years has only seen figures around 1 million, compared to 2022 and 1984 2.5 million.

Santamaria said the lingering sentiment of COVID-19 has become a long-term hardship and could be a factor in the rise in marriages this year.

“During COVID, everything was closed and postponed, but we continued to book events,” she said.

The problem wasn’t the lack of weddings or business, it had to do with how each of Santamaria’s facilities handled the situation.

“We continued to book events, it all depended on how things were handled internally,” she said.

Santamaria refers to its team and all of its employees as “magic makers”. While navigating the pandemic, she encouraged them to be flexible and comfort brides.

“I don’t think the wedding industry has stopped, to be honest with you. I don’t think people shut down the fact that they were going to get married,” she said.

A significant difference in the wedding industry turns out to be one that is currently affecting everyone, an increase in prices.

“Labour is much harder to find. The hourly rate has certainly increased. The cost of living has become so high. Therefore, we also need to increase our rate,” Santamaria said.

Much of the dedication goes into properly training managers and team members so clients can have nothing less than the best.

“We invest an intense amount of training in our managers to prepare them to host an event on their own,” she said.

Married August 13 and one of many weddings this year, Savannah Kelly sips her oat milk Carmel Latte as she shares how she knew her fiancé was right for her.

“I have been with Jon for a year and a half. If you are ready to get married, why wait? she said laughing.

For her, a lingering COVID mindset didn’t influence her decision to get married this year.

The couple met at Ingles in Leicester where Kelly’s husband Jon Penland worked. A friend introduced them, a friend who actually had a crush on Jon herself. Turns out Jon couldn’t help but fall in love with Savannah.

“We literally talked for two weeks and then we started dating,” Kelly said.

The two got engaged in March, sealing the deal at a beautiful location in Burnsville. Savannah shares some of the difficulties that parallel all happiness.

“The hardest part is not having enough time and you feel very stressed when you choose to get married so quickly. You feel like you have to do everything at once,” she said.

Kelly brings with her health issues. As a type 1 diabetic, she was waiting for someone who would be willing to support her.

“I know it can be a huge burden. We went through a period where I was really sick, and I didn’t know how he was going to react. But he was so sweet and kind, and I just knew I wasn’t going to be a burden on him. I knew I could spend eternity with someone who I knew was going to take care of me and not leave when things got super tough,” the bride said.

Johnny Hughes, a 40-year-old pastor, has known the good and the bad of relationships between people. His title as pastor also includes marriage counseling, a job he has become very good at.

Hughes said he has been married to his wife Robin Hughes for 37 years. In fact, their wedding day was in June 1984.

“I think the decline in marriages since 1984 is because our culture has not honored the commitment of marriage. For the rise in marriages this year, I think COVID has a lot to do with it,” said Johnny Hughes.

Robin Hughes smiles at her husband, saying how much she enjoys helping him with marriage counseling. They even did remote counseling through video calls.

“I love coming in and talking. I think the perspective of not just a pastor, but a couple who’s been married for a while is helpful,” Robin Hughes said.

She has a degree in social work and says she believes this education has helped her in this area of ​​her life and more.

“My mom always talked about how God allowed it to be used in working with people and in ministry,” the pastor’s wife said.

For Nicole Luka, owner and chief planner of Wedding Connections, this year marks her first activity on her own. She has been involved in the wedding industry for six years, starting as a personal assistant to one of Asheville’s most highly regarded planners, Marta Santamaria.

“I was under his wing for four years and ended up being the in-house wedding planner for The Venue and The Ridge. opening my own business, it was extremely important for me to maintain this relationship,” said Luka.

She talked about the world of vendors and how reputation turns out to be almost everything. Nicole considers her first year in business a great success, having already booked 14 events. Its success does not stop there either. She has won numerous awards including the WeddingWire, Charleston Weddings and Carats and Cake Couples Choice Awards.

“The Carats and Cake award was a wedding featured in their magazine. It’s a prestigious wedding magazine,” the organizer said.

Luka does a lot of weddings in Charleston, which she loves. For her, she said the sky was the limit.

“My main goal with my business is to bring my clients’ vision to life. I make sure every detail is nailed on a tee. When they walk in, I want them to feel blown away,” she said.

Luka also appreciates the relationship between her and her clients. She wants it to be everything they could have dreamed of.

Luka’s entry into the wedding business began during her university years at Montreat College, when she was asked to write an article about opening her own business.

“Out of nowhere, I decided to do wedding planning. In fact, I enjoyed writing the article so much that my teacher encouraged me to contact some wedding planning companies in the area and to see if there were any opportunities open to me,” she said.

From there, Luka became Santamaria’s personal assistant and then opened her own business.

“My favorite thing about owning my own business is being my own boss. It’s incredibly rewarding,” Luka said.

She loves creating each event, knowing that each one will be completely different. Nicole always tries to offer an original experience, encouraging her clients to have such a mindset as well.

“You can do 200 different weddings and none of them will ever be the same. That’s what I absolutely love,” she said.

Speaking of wedding expenses, Luka said the most expensive vendor might just be the florist.

She recounts a wedding she planned at The Ridge when she had a floral detail meeting with the client and the florist. Luka had been prepared for this, to be on her toes, ready to answer any question.

The meeting was going well. Luka felt confident and then out of the blue her eyes caught the full amount owed for the flowers.

“It was $60,000. They started asking me questions, but I just lost my phrasing,” she said, laughing at the memory.

Luka worked at The Ridge with one of Asheville’s successful florists, Daria Krasnov.

“I love being part of their special day. Every wedding is different and it’s so much fun creating special arrangements and bouquets for each bride,” Krasnov said, smiling just talking about it.

She has big plans to open a franchise and find more designers willing to work with her. Krasnov said she would especially like to teach them how to make European-style flower arrangements.

” This is my passion. It’s more of an organic, chic, romantic style that people, especially in Asheville, don’t do,” she said.

Luka attributes the high number of weddings this year to COVID. A 24% increase marks the rise from 2019 to 2022.

“I honestly believe that because of COVID, the wedding industry just exploded. We no longer do micro weddings of 50 guests or less. Now I live over 200,” she said.